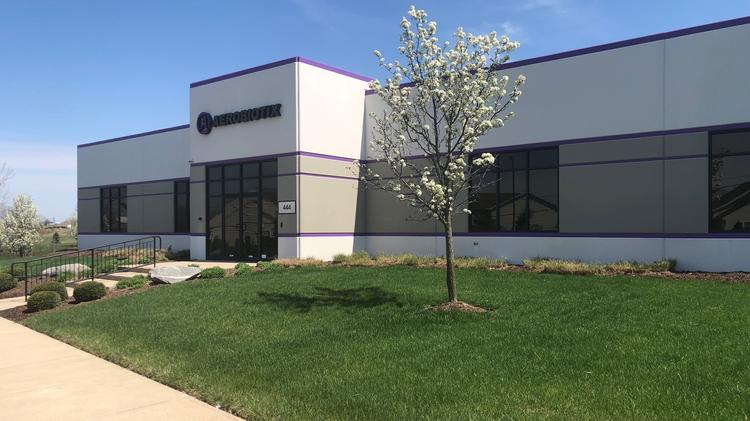 A Miamisburg company rode the pandemic to 1,000% sales growth in 2020, thanks to its air filtration system for hospitals, schools and other public spaces. Dr. David Kirschman, president and chief executive of that company, Aerobiotix, expects strong sales to continue.

“It has been a busy year,” Kirschman said in a recent interview. The COVID-19 pandemic has shrunk the economy overall, destroying millions of jobs nationwide and altering the business landscape dramatically. But even in this environment, some Dayton-area companies are finding ways to thrive — keeping employees on their payroll and even expanding.

While the locally developed technology at issue here was timely, it wasn’t exactly new. Aerobiotix had developed an air filtration technology that, by the time the pandemic struck hard domestically in March 2020, was already some seven years old. The system destroys 99% of airborne viruses — and the utility of that should be obvious. “We were doing this before it was cool,”Kirschman said.“This was a technology that was developed before the pandemic, to kill airborne pathogens.” When SARS-cov-2 hit, “things sort of accelerated.”

The system, both the units and their filter cartridges, are manufactured in Miamisburg.

The first thing Aerobiotix leaders wanted when the pandemic hit was to make sure the units were tested against the virus that causes COVID-19. That led to a partnership with the Battelle Institute in Columbus, which took the “real live virus” and injected it into the units to see if they were effective against the new enemy, the company’s CEO said.

“You had the guys with the space suits and the bio-safety laboratories doing this,” Kirschman said.

When results were publicized last June, the company called the outcome “groundbreaking.” At that point, no environmental air decontamination device had been validated against live aerosolized SARS-Cov-2, Aerobiotix said at the time. “Companies, they want to throw stuff out there, making claims,”Kirschman said.“Saying it works, making claims. As an FDA medical device company, we can’t do that. We have to prove what we’re doing.”

That was an important milestone. Aerobiotix hired“a lot of people”for manufacturing and worked hard on its supply chains to secure components for suddenly soaring demand, the CEO said.

Normally, Aerobiotix would sell exclusively to hospitals. But the pandemic created a need for this product everywhere—so the business soon found itself selling to schools, courts and all kinds of public spaces.Systems found their way to Montgomery CountyCommonPleas Court, the Miami Valley School and elsewhere in short order.

The business has about 60 employees today. Pre-pandemic, it had about 35 employees. About half of today’s number work locally, with the balance working elsewhere in sales.

Kirschman — a neurosurgeon originally recruited to Dayton nearly 20 years ago to work at Miami Valley Hospital — could not give an exact number for unit production last year. But he said sales went up 10 times — 1,000 percent growth from 2019 to 2020.

Aerobiotix has been getting the word out about its offerings in a number of ways, including old-fashioned conversations and sending representatives into hospitals to tell the company’s story.

Publishing in medical journals has also been useful. Kirschman estimates that Aerobiotix products are probably in about 250 hospitals internationally. He thinks continued demand will be part of the future. And more hiring. “We’re going to be aggressively hiring throughout this year,” he said, adding that Aerobiotix will bring in another 50 employees in the next 12 months.

Even after COVID dies down, Kirschman believes a certain awareness will remain —an awareness of how dangerous viruses can be and how vulnerable environments are. “I think it’s going to be a new normal, where we have to think about environments,” he said.